Dr. Feinstein is a board-certified Obstetrician and Gynecologist, a Fellow of the American College of Obstetricians and Gynecologists, and a father of four energetic boys.  He received his Bachelor's Degree with honors at Brown University, attended medical school at the University of Florida College of Medicine, and completed residency training at the University of Texas Health Science Center at San Antonio in 1999.

After residency training, he served as an Assistant Professor in the Department of Obstetrics and Gynecology at the University of Texas Health Science Center at San Antonio until 2005.  During that time in academic medicine, he concentrated on minimally-invasive techniques of pelvic reconstruction, urinary incontinence, and gynecology.  In 2002, he earned the American College of Obstetricians and Gynecologists National Faculty Award for excellence in resident education.  He also presented several Grand Rounds lectures about new minimally-invasive gynecologic procedures and has several publications to his credit, including a Resident Training Manual of Endoscopic Surgery.

In 2005, Dr. Feinstein left academics for private practice and opened Village Crossing Women’s Health, at which he provides personalized care in obstetrics and gynecology in a solo-practice setting.  Over the last 5 years he has continued to hone his skills in new minimally-invasive surgical techniques and teaching, as he has become certified on the daVinci Robotic Surgery platform and now proctors other physicians who are new to the platform.

In his time away from work, Dr. Feinstein enjoys traveling with his amazing wife Anita, spending time with his four boys, and playing golf.​ 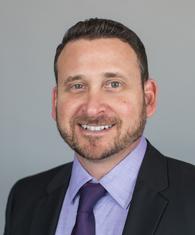